Share
Share on Facebook Share on Twitter Email
Oneplus is among those few companies that don’t believe in bulk phone releases. They launch one or at the most two phones every year. The oneplus phones have been called as the flagship killer. The flagship are basically any companies costliest phone, with the top notch features but at with a huge price tag. And recently Oneplus killed the competition with the oneplus 3. Well it is a late post, but still the post comes with a lot of values.
Oneplus has been consistent in providing top notch features to all its phone in the market. Till date oneplus has released only 4 phones. And with their online only policy and the invite system to buy the phone, created a lot of buzz. While their invite system proved to be successful they also gained a lot of popularity because of their phones killer features.
So if you are thinking about buying Oneplus 3, but have second thoughts about it. Here are 10 reason why you should buy a Oneplus 3 smartphone.

I really loved the old design of the oneplus, which they kept consistent for two models i.e oneplus 1 and oneplus 2. But in the latest release of Oneplus 3, the phone design has been changed totally. And I love it. The design looks more or less similar to any HTC phone. But the design is awesome, the metallic back gives the phone dope look. 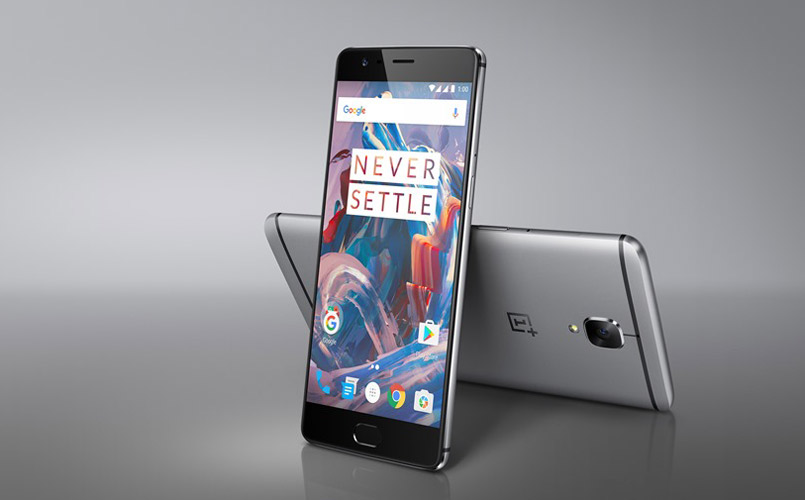 Ya, you read it right. The phone has whooping 6GB RAM. Is it too much? It is not about how much RAM the phone has, but how well the RAM is managed. The 6GB of LPDDR4 RAM is great for high performance gaming and you will definitely never need more. the RAm in the phone is managed perfectly and phone provides better RAM utilization.

It has a 16Mp Sony IMX 298 sensor (the same as in the Xiaomi Mi 5) and a lens with an f/2.0 aperture. There’s an optical image stabilisation (OIS), electronic image stabilisation (EIS) and phase detection autofocus. The autofocus is pretty fast and impressive, and even the camera app has a simple UI and is easy to follow.

The fingerprint scanner is still a key feature and the button sits below the screen as usual. The fingerprint is extremely fast(sensitive) and accurate when scanning (under 0.3 seconds according to OnePlus) and can be used to unlock the phone from sleep and mobile payments. And the NFC which was missing in the oneplus 2 is finally back in Oneplus 3

The new Dash Charge charger provides 5V and 4A of electricity. OnePlus charges over 60 percent in 30 minutes which means you can charge up the battery with minimal hassle despite its lower capacity. The dash charging was widely marketed by the Oneplus . 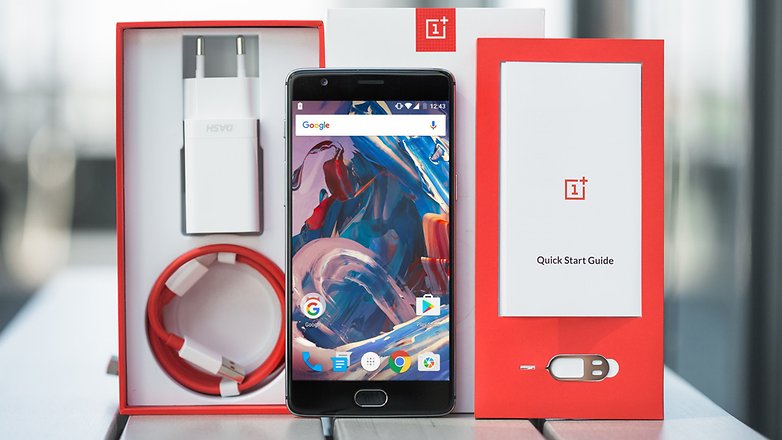 Oneplus is among the the only few phone (HTC 10 and LG G5) to get the latest snapdragon 820 processor.  The quad-core chip comes with Adreno 530 GPU and is clocked slightly higher than other phones at 2.2GHz, the other two cores are 1.6GHz. The processor is currently said to be be the best performing processor in the market.

OnePlus 3 comes with Android 6.0.1 Marshmallow out-of-the box. OnePlus provides its OxygenOS 3.1 which is a very close to stock Android with a few different features and ways to customise the interface.

There were a few minor issues with the OnePlus X display, which was mostly concerned with brightness management. But these issues have been fixed with the OnePlus 3. It’s 5.5 inches across and has a resolution of 1920 x 1080 pixels, resulting in pixel density of 401 ppi. The oneplus continues with the super amoled screen. As we know why amoled is better than ips screen. The amoled screen provides brighter images compared to other screen. Its Good to have a superior screen quality in the phone.

Since Oxygen is a custom ROM there are more often updates and consistent bug fixes done by the community. You might also get the latest android update sooner compared to other companies. This is due to the customs ROMs near stock android feel and look and not much customization over the original skin.

The best thing about is you won’t void the warranty by rooting the phone. This is mentioned in the Oneplus official website. So if you are a geek, developer or simply love to root phones, this phone is for you.
You can go ahead and buy Oneplus 3 from Amazon.

The oneplus is definitely a flagship killer. You may debate over oneplus 3 performance as compared to the Samsung Galaxy S7 edge or the latest Samsung Note 7, but considering the price. Believe me oneplus 3 is the best bargain.
Or you can simply buy the refurbished oneplus 3 available at Rs 24000/- from amazon.
This was my view on the reasons to buy oneplus 3 right now. Some even consider buying oneplus 2, since it’s price has decreased reasonably. But I would say, why? You need to invest a little more and you are getting a better performer.
That was my review on the oneplus 3. Let me know what do you think about the oneplus 3? Is it worth buying? Tell me your views in the comment section below. And thanks for stopping by.
0