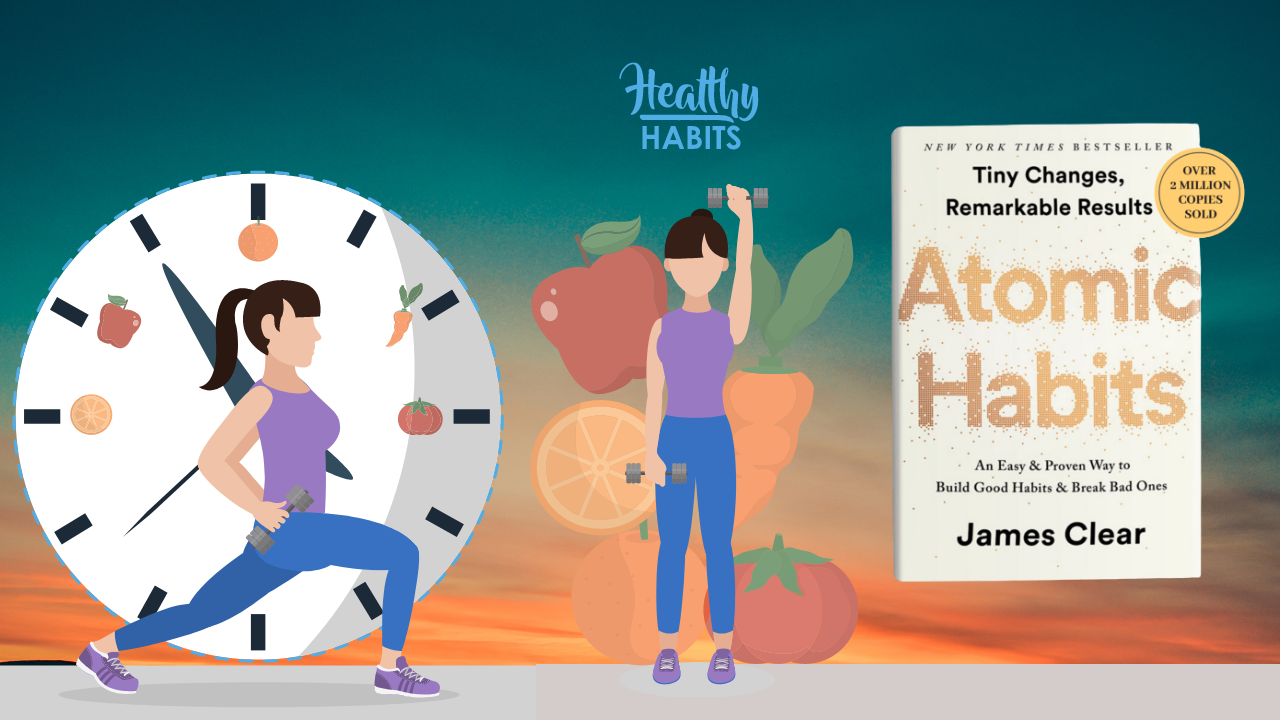 Atomic Habits is a book written by James Clear based on behavioral psychology. The book cites various studies, researches and uses them to create easy proven ways to build good habits.

The book uses examples to prove different theories and explains how to apply them in the real world. Whenever we want to make changes or try a new habit we often make big changes. For me, it was reading.

Reading books was something that I was not really fond of. That is 3 months before writing this article. So in the Pandemic, I decided to give Audiobooks a try. Since every Prime member gets three months of free Audible subscription, I decided to give it a try.

Why I bought them, even I don’t know. These books were in my Audible recommendations, so I thought of going with it anyways.

But after listening to Atomic habits I applied the book philosophies and made some small changes(marginal changes) and ended up getting some amazing results.

The book explains how to achieve big goals by making small changes. That’s why the name Atomic Habits.

The book explains the long term benefits of the changes. Marginal changes! In this article, I will expand on 3 things that I really liked from the book.

If you wish to have a look at the book you can get it on amazon from the link below.

Every time I am asked by my parents, teachers, counselors, etc. to set specific actionable goals. I asked some of my friends, and they responded the same. They said Isn’t it obvious that if you want to achieve something you need a specific goal for that.

There is an interesting argument in this book that says we should focus on the system rather than the goal. The author says that “Goals are good for setting a direction, but systems are best for making progress.”

The book asserts that we have more to gain by focussing on the system rather than the goal. The goal in any sport is to finish with the best score, but it would be ridiculous to spend the whole game staring at the scoreboard.

The book points out that every winner and loser have the same goal. Then why only one wins while the other loses. Everyone works hard to win, but not everyone wins. What differentiates the winner is his process of winning. And even if you win with the goal in mind and fail to build a system then it will be difficult to keep the winning streak.

The 3 times Superbowl winner Bill Walsh once said “The score takes care of Itself”.

You don’t have your eyes on the scoreboard, but you need to have strategy, planning to win.

An implementation intention is another interesting topic from the book Atomic Habit. People who have a specific plan on when and what to do are more likely to do it.

Being specific on what we want and when we want it. We are more likely to avoid distractions. The implementation intention helps us to build new habits. Like if you want to meditate for 10 minutes every morning. You need to specify the exact detail of the action.

Let’s try it out.

People who set implementation intentions are more likely to perform the habit rather than the one who has not.

How to build a new Habit.

Building a new habit is rather easier than we think. Good habits are formed the same way the bad ones. Each habit creates a cue that triggers the next behavior.

Is smoking or biting the nail an intentional behavior or something that was triggered by the first habit. Each habit creates a Cue which triggers the next behavior. Most of the Bad habits are formed in a similar way. But Author James Clear uses this technique to build new habits.

This is when the term Habit stacking is used.

The Author Derives the term Habit stacking from the behavior model used by BJ Fogg. BJ Fogg in his model mentions That “the Best way to build a new habit is first to identify the current habit and then stack the new habit on top of the old habit.”

Habit stacking is a special form of Implementation intention

So now the question comes: How to build a new habit?

Use the below formula

After Current Habit, I will New Habit

I always used to forget to water my Desk plant. Yes, I have a desk plant that I bought from Amazon. So I decided to build a habit stacking for it. Every day after I Take a bath I have a cup of Coffee. So I stacked watering the plant to drinking coffee.

After I drink Coffee I Will Water the plant.

In the beginning, you need to follow up with the habit. Writing it down won’t help. But after some weeks of continuously performing the task, it will get attached to you as a habit.

In 2004 the governing body of cycle races in Great Britain hired Dave Brailsford as the performance director for the team.

Since 1908 the British cycling team had just won one gold medal. And in the last 110 years were one of the worst-performing teams in tour de France (which is the biggest cycling tournament in the world).

Brailsford implemented the method called as “the aggregation of marginal gains”, which is doing tiny marginal changes in everything they do. Like they rubbed alcohol on the tires for a better grip and even redesigned the bike cycle seat to make them more comfortable for the riders. They even hired a surgeon to teach the riders the best way to wash hands to reduce the chances of catching a cold. Which might result in bad performance.

They even tested different massage gels to see which lead to the fastest muscle recovery. Similarly, they tried and tested many things like these and made minor adjustments to things. Which was slightly improving some things and making multiple of these adjustments.

They were able to see the results in 5 years’ time. In 2008 Beijing Olympic British cycling team had grabbed 60% of all the cycling Gold medals. And later on, they went to win 5 tours de France titles in the span of 6 years.

It took them over a decade to reach the position of winning the World championship. But the small changes had definitely made an impact.

In the same way, the author voices his opinion on how small changes can have a big impact over a long period of time.

Atomic Habits have become one of my favorite books. I have not bought the hardcopy of the book but listen to it on Audible. But after listening I decided that I will buy the book as well. It doesn’t matter which profession you are in, the methods and strategies mentioned in the book apply to all walks of life.

If you are impressed or the content has piqued your curiosity, then do go ahead and read the book. It has many more amazing theories and researches like the one mentioned here.

Hey, I am Chetan Poojari the founder of Geeksla. I work as a Process Expert(Agile Methodology) and also a professional Blogger. A travel and tech junkie who writes articles to simplify complex things.

The Psychology of Money Book Summary

Book Summary: Attitude is Everything by Jeff Kellar

Book Summary: Start With Why by Simon Sinek