Notion vs Evernote: Which One Deserves your Attention in 2021

In recent years managing and organizing digital notes has gained huge attention. People are using the digital note-taking app to manage daily life, work, organize documents, etc. For many years this category was dominated by one application, Evernote.

But recently a new giant has come to town, who is eating up all the competition. Notion has become many people’s and even organization’s go-to place to manage and organize digital data.  This rivalry has given rise to the Notion vs Evernote discussions.

Yes, there was Word, notepad, and apple notes but Evernote helped us to understand the idea of organizing notes. Even I started using it in my college days to save articles using the web clipper and use it as an organizer for managing articles that I write for my blog.

But recently there is a new competitor in the market. The one who just ate away all the competition. Many applications tried to do what Evernote used to do but no one was able to move the goliath.

In terms of features, Notion is the winner and Evernote is not even in the same room. Notion has left all its competitors miles behind. And today Evernote is struggling. But I still use Evernote, why do you ask?

Well, it’s quite tricky, Evernote still does some things that Notion is not able to do. Notion is the king of note-taking but it lags in few key areas and this is where Evernote has the advantage.

If you are here to see feature-wise who is a winner. Let me tell you right away, Notion. But I still use Evernote and still do not find any application that does what it does. Evernote has its own strength which Notion lacks.

And on a personal note if you ask me to choose one application between Notion and Evernote. I will pick Notion any day. The features of notion simply outweigh Evernote.

In this battle of Notion vs Evernote, I will walk you through the perspective of a process expert who is using these applications in his day-to-day life to increase employee productivity.

Notion as mentioned on its website is an all-in-one workspace created with the purpose of being the central project management tool for teams. The product is marketed as a collaboration tool for teams to manage tasks and store data.

There are 3 basic tasks that notion performs project and task management(creation and tracking to project workflows), Project central wiki(central place to store all team data), and Note and docs creation and sharing tool(easy creation of docs or notes and shared with other users).

In short, Notion is a collaboration tool for co-workers to work on a single project simultaneously. The tool can also be used by individuals to organize life and notes in one tool. The description of the tool sounds quite basic, but the possibilities are endless.

Our Notion Review digs deep into the tool and breaks down the features and the usage of the tool.

Evernote is an advanced note-taking application that expands the user and team’s ability to create and manage notes. Evernote works like a filing cabinet for your notes or documents.

Evernote is used by teams, individual users to store documents, files, and notes in the central repository and share it with other users. In Evernote, you’re able to add text, images, audio, scans, PDFs, and documents to your notes, which can be structured and formatted according to your personal preference.

The application helped in managing and organizing notes in a better way. It was one of the first applications to have the ability to store the notes in the cloud for remote access.

Brief Overview of Notion vs Evernote in 2021

Both Evernote and Notion have come a long way. The future of both applications depends on the product’s ability to innovate. But in the battle of notion vs Evernote which one would you select? The question is quite difficult to answer because both have not reached a position where you cannot abandon the other.

I tried to evaluate the application from the perspective of an engineer and an employee productivity engineer. I have been using Evernote for the past 6 years and started using Notion from the time they made the basic plan free.

To give it a fair comparison I have divided this comparison into various sections. This will help you to better understand the capability of the product and what it can be used for. I will try to keep this article simple so that even a layman can understand it.

Both Notion and Evernote have countless features, but here I will talk about the features which best describe the application. First, let’s talk about Evernote.

Evernote is a simple note-taking app with very simple features. Here you can create documents in the form of notes. And these notes can be saved inside notebooks. The notebooks help you organize all your notes.

You can add files, tables, pictures, etc into a note. You can add tags to your notes, this will help you filter and search notes on Evernote. The search function in Evernote is quite powerful as compared to Notion. Recently I got beta access to the new feature known as tasks. You can add tasks and set a deadline and even set a reminder for these tasks.

You can obviously integrate Evernote with other applications to enhance the capability of the application. Though Evernote is limited by the number of features, it is quite simple to use.

Now let’s talk about Notion. I don’t think I can add all the notion features in this one article. In Notion documents are stored in the form of pages and in these pages, you can add blocks. The block system is similar to the WordPress Gutenberg. The block takes documentation experience to a whole new level.

Here you can create a to-do list, databases, calendar, kanban board, gallery, toggle list, and the list goes on. You can also add another page inside the main page. You can have unlimited pages inside one page. This makes it perfect to create wikis.

You can create a productivity tracker, create a budget, create a habit tracker and even create a website out of Notion. Notion is also more collaborative as compared to Evernote. The main purpose of notion is to work as a management tool for teams and personal use.

You can use Notion to create dashboards for your project and share it with the teams. You can also share notes in Evernote, but the customization in Notion is uncountable.

But currently, Evernote has a premium plan of $20/year and a business plan for around $68/year. I believe Evernote changed its pricing after not really being able to counter so much competition.

Notion on the other hand also has a free basic plan which has a tremendous amount of capability. Apart from the free plan Notion has a Pro plan, Team plan, and an enterprise plan, which costs $4, $8, $20/month respectively.

If you had asked me this question 3 weeks before writing this article, which applications integration is better? I would have easily answered Evernote. Notion had very limited integration options till early May.

Evernote has a wide variety of integration options until recently. But things changed when in May 2021 Notion made their Public API available for developers. Soon Zapier and Automation started using the API to integrate different apps to Notion. This gives Notion a very big advantage over Evernote.

Notion uses TLS security protocol within and outside the data centers for their application.

They run their entire Amazon Web Service’s cloud within a VPN so that public access is denied.

They use Google Cloud Platform to run their service, which protects data with AES-256 encryption.

Notion Vs evernote Use Case

Evernote is in the best case useful for personal note-taking, documentation, and for small teams. Evernote can replace emails, docs, and file-sharing systems.

Notion on the other hand has unlimited possibility. Notion can be used for a high-level file management system. You can add pages inside pages. Though linking internal pages is not possible and quite difficult in Notion.

Notion can also be used as a website, course page, GTD system, Manage your budget, etc. The list goes on. Notion has endless possibilities. People are managing entire businesses through Notion. Many YouTubers use it to manage their channel and get things done.

Notion Vs Evernote for Students

Students have some really basic requirements in regards to note-taking apps. But it can be quite difficult to choose the correct one. I am currently studying for an entrance exam, this is when I really came across the idea of digital notes.

Note-taking for students is far easier if you have an iPad. My sister uses the iPad and I see it’s quite easy to manage notes and you don’t need to fear losing the notes since you can back them to the cloud.  You can use notability and good notes for the same. More on them in another article in the future.

But which application for people taking notes on the computer. I use Evernote to take pictures of my physical notes and add them into the notebook that I created on Evernote. Evernote, according to me, is not a great place to write something. It’s good to organize physical documents. But if you are someone who loves to keep things simple and organize notes in a simple file system then Evernote is for you.

Same way Notion is more of a workplace application. You can manage and organize your workflows. Create trackers, to-do lists, Or just use it as a budget tracker as I do. I use workflowy to take notes while watching a video. The bullet system is very intuitive and I do enjoy creating notes that way.

But in the notion vs Evernote you are better off with the notion to take notes and use Evernote as a place for document management. And managing documents is very difficult since it’s a paid feature.

Cons of Notion and Evernote.

Which note taking app do I use?

I have used multiple applications for my document organization and note-taking needs. But which tool should I go with to manage my notes, organize documents, etc? With my research and thorough searching for tools to fit my needs, I finally settled with 3-4 tools.

Yes you read it right 3-4 applications. What I found was not all of them do all the things. But each of them have their plus point.

So this is what I do, I use workflowy to write down notes while I am watching a video. Similarly, if I want to click pictures and add them to my notes I use Evernote. I also use Evernote to store my documents. I use Notion to organize data, like my goals, habit tracker, weekly to-do list. And I use the taskito app to manage my daily to-do list.

As I said in the beginning, this article is biased since I really like Notion and am a big fan of the tool. I always used Evernote as a tool for Note Taking, but its capability is limited.

Notion has come a really long way in a very short period of time and Evernote has a lot of catching to do. If Evernote does not make drastic changes and bring new features as soon as possible, then sundown of Evernote is guaranteed in the near future.

Hey, I am Chetan Poojari the founder of Geeksla. I work as a Process Expert(Agile Methodology) and also a professional Blogger. A travel and tech junkie who writes articles to simplify complex things. 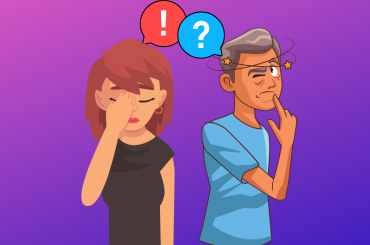 What is the Ebbinghaus Forgetting Curve? (Simple Guide to Improve Learning)